IgG food intolerance testing is ineffective, yet it continues to be promoted to consumers. CBC Marketplace recently investigated two Canadian companies that sell these tests.

Two of Canada’s biggest labs promote and offer something known as IgG food tests at their labs, marketed as a way to test for food sensitivities. But medical experts call these blood tests “irrelevant,” “unvalidated” and “inappropriate” when it comes to tracking food intolerance.” 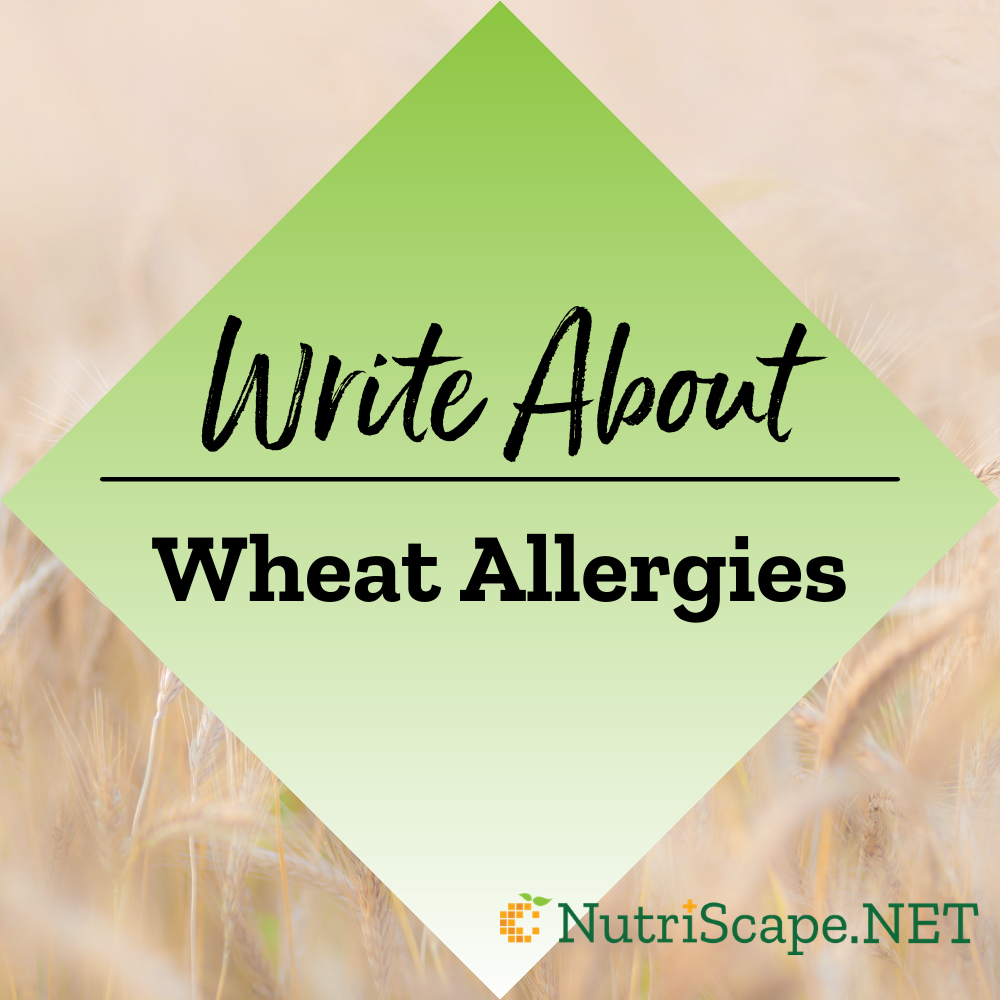 Original Article: Fructans, not gluten, might cause wheat sensitivity. Here’s what you need to know.

IgG food intolerance testing is ineffective, yet it continues to be promoted to consumers. CBC Marketplace recently investigated two Canadian companies that sell these tests. 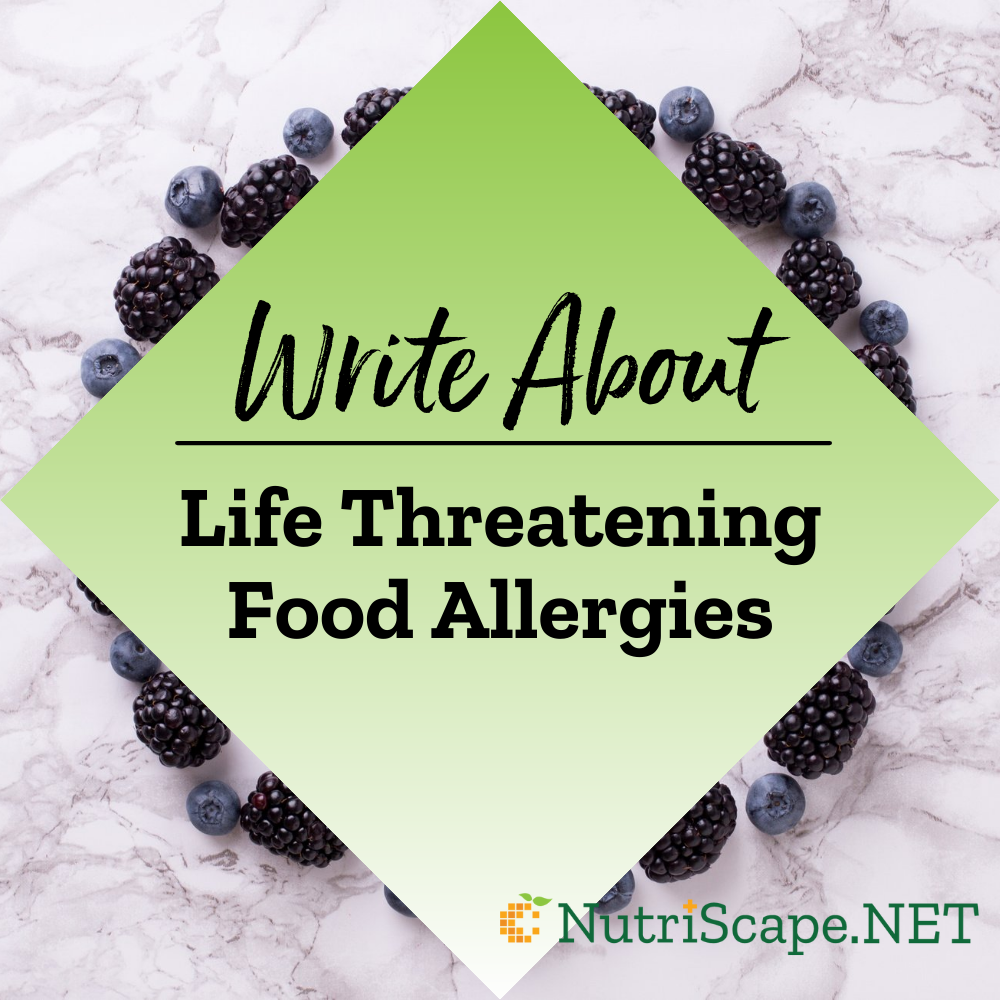 Allergies are on the rise and researchers are trying new methods to help combat potentially life threatening reactions. 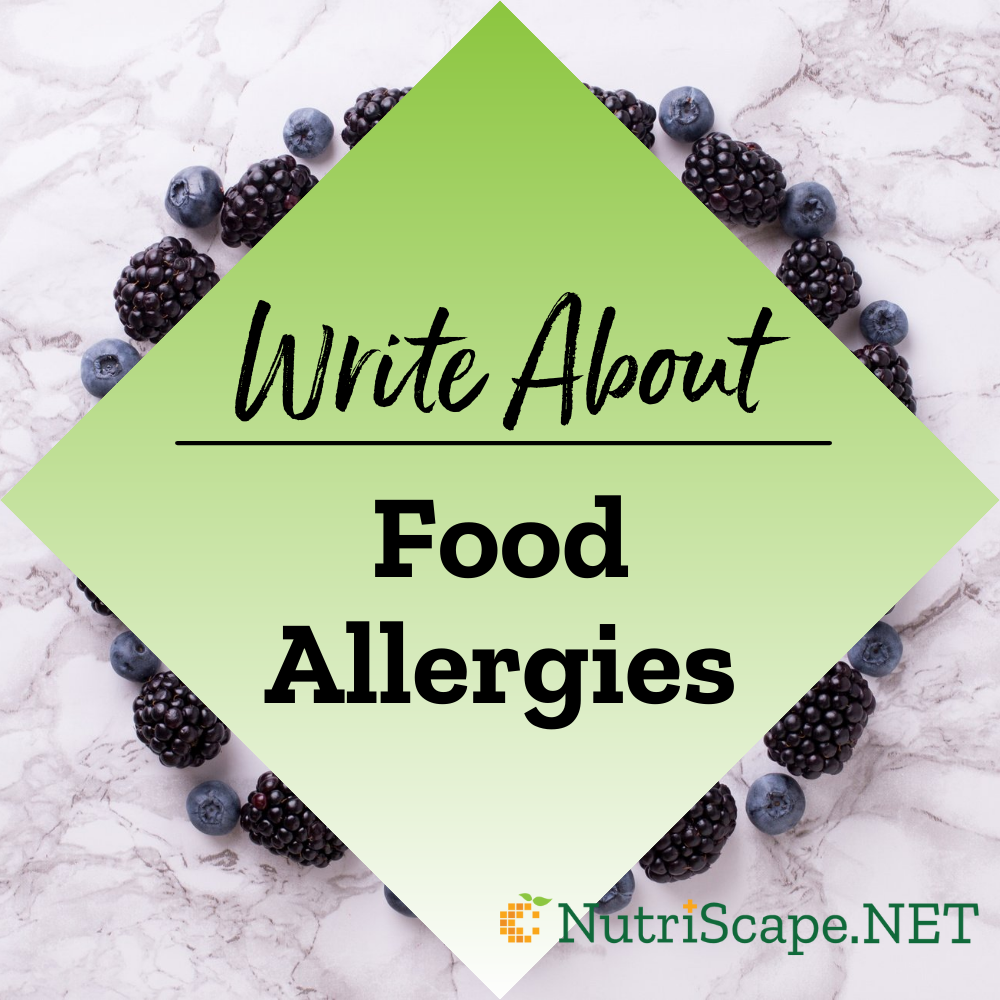 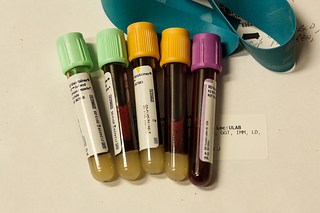 Today many health professionals are utilizing IgG testing in order to diagnose food intolerances and sensitivities. But does IgG testing work? A large study proves otherwise.

Here’s an abstract of the referenced article from PubMed: Testing for food reactions: the good, the bad, and the ugly.

Up to 32 percent of kids with food allergies have been taunted with foods that make them sick. Schools are moving beyond allergy awareness and “nut-free zones” to address this dangerous behavior.

This article from NPR explores an aspect of food allergies we don’t normally consider: Parents, Schools Step Up Efforts To Combat Food-Allergy Bullying

Despite assumptions that peanut and other allergies are becoming more common in the U.S., experts say they just don’t know. One challenge: Symptoms can be misinterpreted and diagnosis isn’t easy.

Source: Are Food Allergies On The Rise? Experts Say They Don’t Know 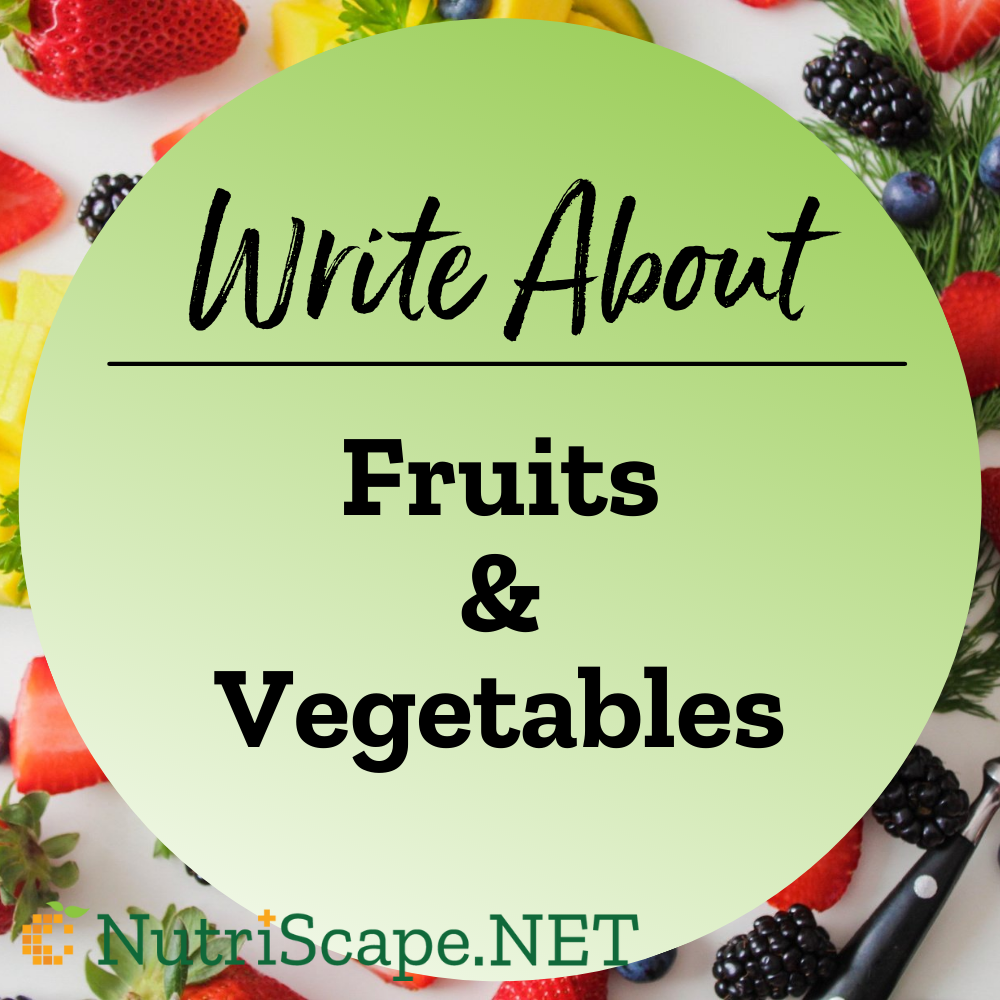 Pollen allergies can trigger reactions to fruits and vegetables. The condition — known as oral allergy syndrome — can come on suddenly and often goes undiagnosed.

Source: If Raw Fruits Or Veggies Give You A Tingly Mouth, It’s A Real Syndrome

Food allergies are tricky to diagnose, and many kids can outgrow them, too. A test called an oral food challenge is the gold standard to rule out an allergy. It’s performed under medical supervision.

Source: This Test Can Determine Whether You’ve Outgrown A Food Allergy

La Jolla Institute for Allergy & Immunology. We have relied on the strength of our people and the quality of our research. 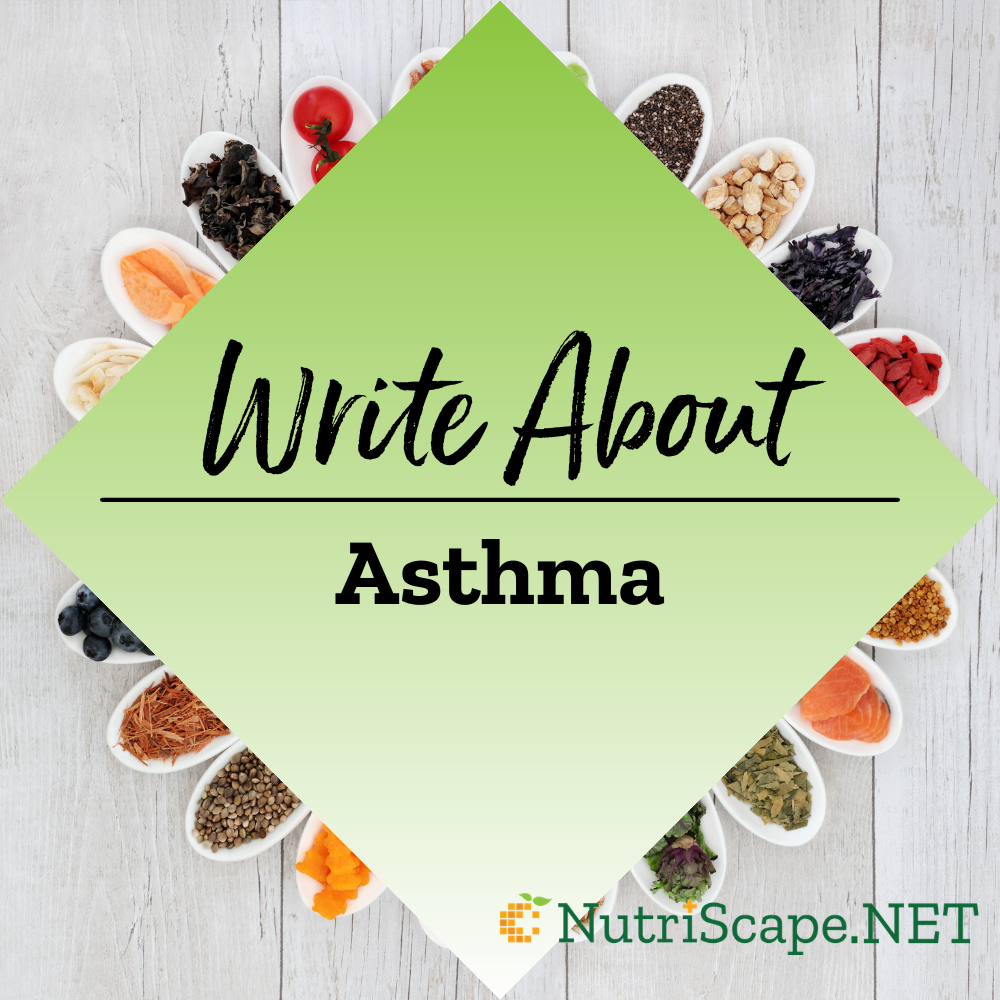 Histamine-releasing factor amplifies food allergies by working in concert with IgE to stimulate the release of histamine from mast cells.

IMAGE: Histamine-releasing factor amplifies food
allergies by working in concert with IgE to stimulate
the release of histamine from mast cells. view
more

LA JOLLA, CA–Almost eight percent of children under three
years old and four percent of adults suffer food allergies,
which trigger not only discomfiting symptoms like dermatitis and
diarrhea but can cause deadly anaphylactic shock. Allergic
responses emerge when food components, like egg, shellfish, or
peanut proteins, stimulate white blood cells called mast cells
to dump excessive quantities of histamine or cytokines into the
blood, fomenting inflammation in skin, eyes, or gastrointestinal
tract, among other tissues.

In 2012, LJI researcher Toshiaki Kawakami, M.D., Ph.D.,
reported that a small protein aptly named histamine-releasing
factor (HRF) played a pro-inflammatory role in asthma. His group
now extends that work in the November 13, 2017, online issue of
The Journal of Clinical Investigation by showing that HRF
also serves as a “food allergy amplifier.” The paper reports a
novel biochemical mechanism governing HRF activity, paves the
way for blood tests to predict which patients will respond to
allergy therapy, and strongly supports the idea that drugs
designed to block HRF could prevent food allergy attacks.

Kawakami says that the “prevailing view” of the allergy cascade
is: 1) allergens ramp up levels of antibodies called
immunoglobulin E (or IgE), which then 2) bind to mast cells, and
3) when allergen touches IgE, mast cells release histamine. “But
when we began these studies, we suspected that allergens are
often present at very low levels, possibly too low to activate
mast cells by this pathway,” he says. “Our new paper confirms
that once triggered by allergens, HRF proteins bind to IgE and
then both synergistically activate mast cells and enhance
inflammation.”

To show this, Kawakami’s group engineered mice to become
allergic (“sensitized”) to egg protein and treated them with an
oral HRF inhibitor the lab had developed for use in
asthma-related experiments. To test inhibitor efficacy, they
then re-exposed treated and untreated mice to egg allergens.

As expected, untreated mice developed diarrhea and signs of gut
inflammation. However, these symptoms were delayed or much less
severe in inhibitor-treated mice, and the inhibitor reduced the
allergen reactivity of mast cells isolated from the gut of
allergic mice.

“The fact that orally-administered HRF inhibitors can prevent
development of food allergy in a mouse strongly hints that we
could create similar medicine to treat humans with food
allergy,” says Tomoaki Ando, PhD., the study’s first author and
now an assistant professor at Juntendo University in Tokyo.

Accordingly, the team observed higher than normal levels of IgE
antibodies highly responsive to HRF (what immunologists call
“HRF-reactive IgE”) in the blood of children with egg allergies,
a strong hint that HRF contributes to food allergy in humans
like it does in mice.

The team then monitored those same children as they embarked on
a clinical trial of an anti-allergy procedure called rush oral
immunotherapy (OIT), in which patients consume increasing
amounts of egg several times daily over a few weeks. Once
patients achieve desensitization, they keep consuming eggs for
12 months of maintenance period. And then, egg products are
withdrawn for two weeks before re-exposure to egg protein, as a
test of the therapy’s durability.

A key finding in the paper is that children who successfully
met this last “challenge”–that is, remained unfazed by egg
consumption two weeks after cessation of therapy–maintained low
blood levels of HRF-reactive IgE after OIT. In contrast,
children who became re-sensitized to egg proteins immediately
after OIT interruption observed an increase of HRF-reactive IgE
during maintenance period.

Ando sees the association of HRF-reactive IgE increase with OIT
failure as a positive outcome in terms of drug discovery, as it
reveals HRF to be a target potentially druggable by inhibitors
effective in animal models. “In fact, if a patient’s allergy
remained unchecked independent of HRF levels, that might mean
that their condition is going to be more difficult to treat,” he
says. “These tests also warrant future clinical monitoring of
HRF-reactive IgE levels as a predictor of OIT results.”

Kawakami’s lab remains focused on developing potent HRF
inhibitors and is currently testing them using mouse models
described in this study. His goal is to decrease patients’ risk
of allergic shock, so they can enjoy the simple pleasures of a
normal life, like going out to eat.

“I hope to see protection for patients who go to a restaurant
and don’t know what ingredients are in the food,” says Kawakami,
a professor in LJI’s Division of Cellular Biology. “In the
future, they might take an oral inhibitor as a preventive
measure. Our biggest concern for these individuals remains
anaphylaxis–it’s potentially lethal.”

About the La Jolla Institute for Allergy and Immunology

The La Jolla Institute for Allergy and Immunology is dedicated
to understanding the intricacies and power of the immune system
to that we may apply that knowledge to promote human health and
prevent a wide range of human diseases. Since its founding in
1988 as an independent, nonprofit research organization, the
Institute has made numerous advanced leading toward its goal:
life without disease.

The terms allergy and food intolerance are used interchangeably, but is a cheese-induced stomach ache the same as a life-threatening reaction to peanuts?

Sue Killian is an environmental biologist with a very personal interest in allergy. She describes how so many of our plants are inter-related, not only with each other but with many of the foods that we eat. Her book Allergy and Cross Reactivity is now available on Amazon here.

Source: Plant cross reactivity and its fallout for allergy sufferers